According to archeological remains found at Oenpelli, Northern Territory, Australian Aboriginals first arrived in Australia at least 50,000 years ago. However, evidence exists to suggests that they may have arrived even earlier.

One example from Ancient Australia is core samples taken from the bed of Lake George, New South Wales; although scientists have yet to unearth any bones, tools or charcoal of that age. Most scientists and historians agree that it’s probable that evidence of the first human occupation of ancient Australia is now beneath the sea, submerged when sea levels rose after the last Ice Age.

Some of Australia’s oldest and most fascinating archaeological sites include:

Scientists have made two (2) significant discoveries at Oenpelli in Kakadu National Park:

1. At Malakunanya, archeologists have discovered traces of human occupation in Ancient Australia dating back 50,000 years. The artefacts uncovered during this find makes them some of the oldest found in Australia.

2. At Malangangerra a group of 20,000-year-old edge-ground axes were found. Their age ranks them among the oldest such tools found anywhere in the world.

Tools found in a gravel pit beside the Nepean River, 60km west of Sydney, are thought to be 40,000-45000 years old. The devices are among the earliest firmly-dated signs of human occupation in Australia.

Tools and other remains found here prove that humans were living in this area of Ancient Australia, to the north of Perth, at least 40,000 years ago.

The 38,000-year-old stone tools found in this rock shelter, 300km to the west of Alice Springs, are the oldest evidence found, so far, of human occupation in central Australia.

The tools found at this site are dated to be at least 35,000 years old. However, the most exciting discovery has been that of the world’s earliest known cremation site.

This significant site near Cape Leeuwin has yielded evidence of human occupation dating back to 33,000 years ago. Also at Devil’s Lair, bone points from 22,000 years ago, making them Australia’s earliest-discovered bone tools, were found.

Evidence of human occupation here dates back to 32,000 years ago, making this the earliest-identified Ancient Australian site in Queensland.

Remains from this cave in the Florentine River Valley, west of Hobart, are 30,000 years old, the earliest evidence of human activity yet found in Tasmania.

Evidence suggests local Aboriginals were quarrying stone in this cave on the Nullarbor Plain some 25,000 years ago. Designs scratched on the cave walls are carbon-dated to 20,000 years ago and are the oldest examples of Aboriginal art yet found.

The Aboriginal people who lived in this cave 17,000 years ago probably died out when rising sea levels separated Kangaroo Island from the mainland.

Spears, digging sticks and boomerangs found here date back to 10,000 years ago and are the oldest wooden tools unearthed in Australia so far.

This ancient Australia camp on the Maribyrnong River, near Melbourne airport, is the most former continuously occupied site in Australia. Archeologists and historians predict local Aboriginals lived here for at least 40,000 years.

Some references which provide further insight into Ancient Australia include:

Check out our blog post about The First Australians – Aboriginal People of Australia. 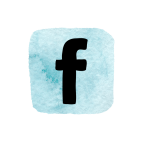